Find out more for yourself — Click the underlined links to read the source documents.

The UFCW spends a large portion of members’ dues on the salaries of UFCW officials and employees, or on union expenses including hotel stays, air travel, and PR firms.

Although the UFCW is funded by workers’ dues, there’s a difference between the amount of money the union spends on its own officers and employees — many of whom make over six figures — and how much it spends on actual union members. 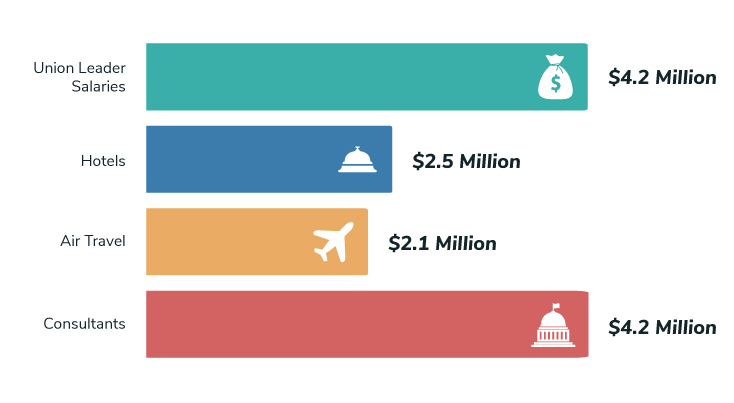 Every private-sector labor organization with total annual receipts of $250,000 or more must file a LM-2 form with the Department of Labor. Copies of these forms are then made public by the Office of Labor Management Standards. The LM-2 form contains important union financial information, including an itemized list of every payment the union made that year. It also includes information on union officer salaries, and a list of the union’s financial assets.

The UFCW International Office in Washington, D.C., reported annual revenues in 2019 in excess of $300 million. The majority of that revenue (73 percent, or $225 million) is provided by union members’ dues, through a “tax” levied by the International on each of its affiliated locals. This tax is described in the UFCW’s most-recent Constitution. 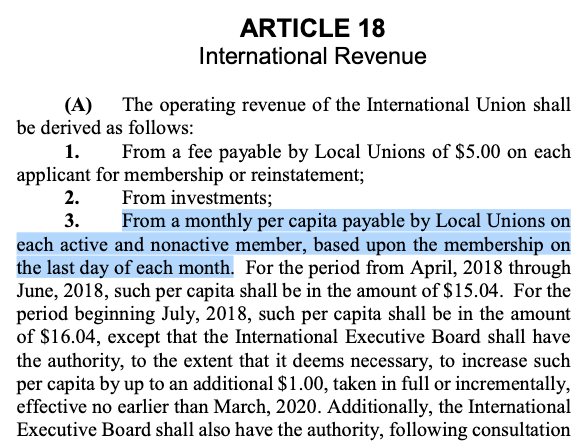 For example, see line 37 in the screenshot below from the union’s financial filings. 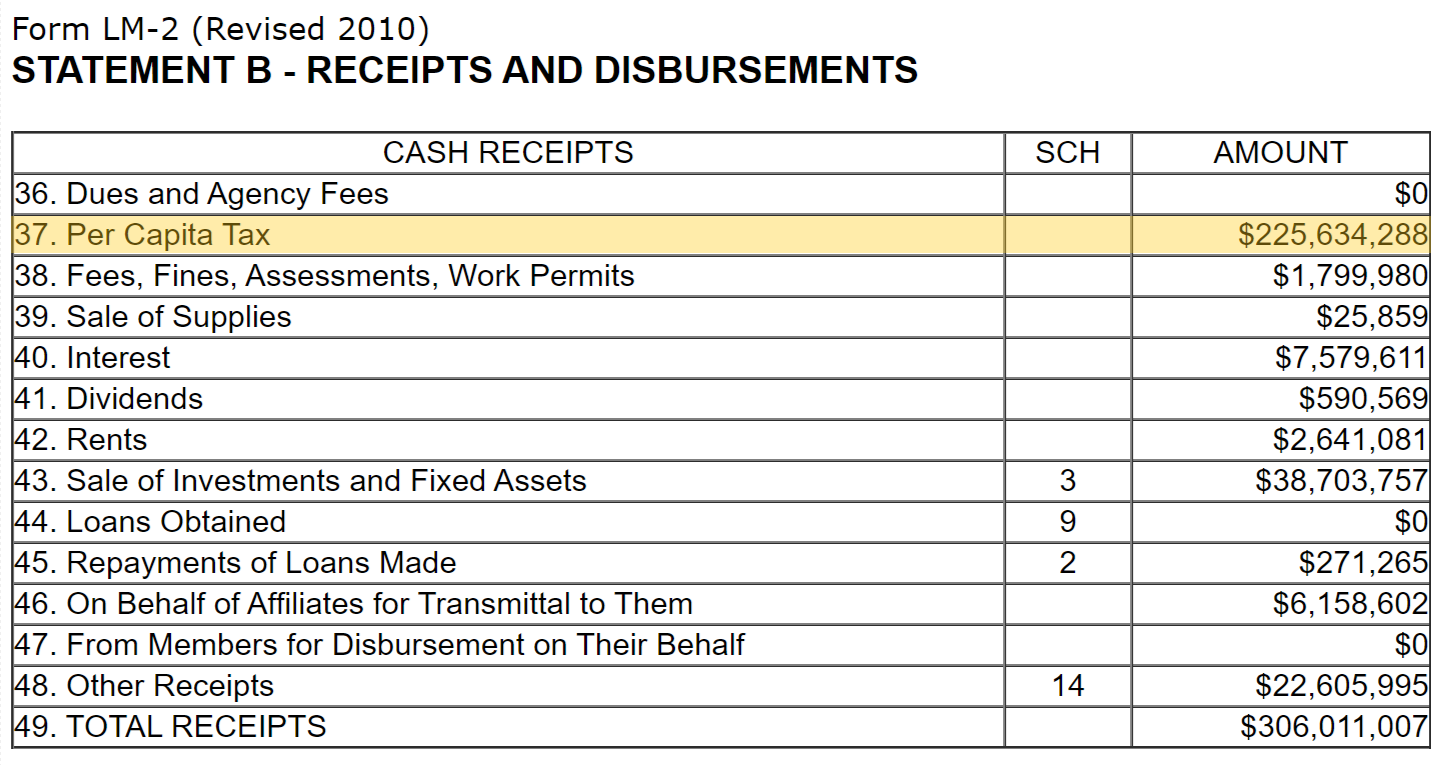 This means that union members – working in grocery stores and other businesses – paid over $225 million of their earnings out of their paychecks to the UFCW International.

The UFCW International spent over $40 million on its officers’ and staffs’ salaries, benefits and expense reimbursements in 2019. However, $0 was spent on behalf of individual union members. See line 64 below.

Here are some examples of how the UFCW spent money last year.

Shopper’s Question: Do the UFCW’s local unions have the same spending habits as the International union?

Instacart’s Answer: The UFCW International has a history of spending large chunks of workers’ dues on its own employees rather than representing workers. On the next page, you’ll see how its local unions’ spending habits aren’t so different.

← About the UFCW UFCW Local Spending →